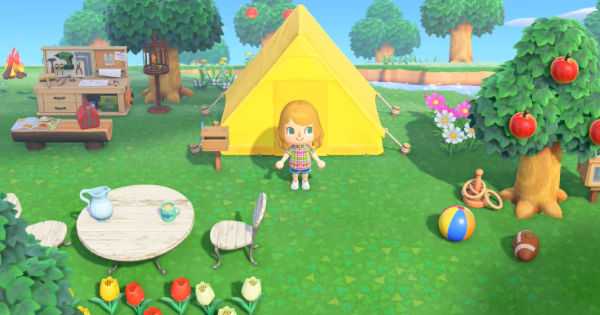 Everyone’s stuck in their homes, switches are selling out, and Animal Crossing new horizons sold 11 million copies in its first 11 days, with this game selling like hotcakes, that can only mean that more people who have never touched an Animal Crossing game are trying it for the first time. the draw of Animal Crossing is appealing, you got this island with all these cute little animals walking around, they all want to be your friends. This raccoon, kind of knows what he’s doing and he’s giving you all this power, but after a while, you might start to wonder, now what. Well, the whole point of Animal Crossing is just to live your life. you do have goals like upgrading and paying off your home, getting new neighbors to move in, and completing your museum. but after you accomplish so much, the game becomes more about enjoying what we’ve created, and taking time to relax. so we want to write a guide for those of you who are new to the game, and are either wondering, what do I do? or what do I do now?

5 Tips For Getting The Most Out Of Animal Crossing: New Horizons

Here are some daily tasks you could complete an Animal Crossing to keep your island going strong.

Every day in New Horizons your island will spawn with fresh rocks, trees, and seashells for you to harvest. fruit trees take a couple of days to grow new fruit, but you can hit your tree with a stone ax, three times and get three pieces of wood. woods used for a ton of DIY recipes, and it’s always good to keep extra in your home storage. just make sure not to hit your tree three times with a fully upgraded ax, because you’ll end up chopping it down. Have you noticed there are several rocks on your island? if you hit them with a shovel or an ax, a few different things will come out. you can get stone, iron nuggets, clay, and sometimes even gold nuggets, which can sell for a high price at shops but are also used in crafting some of the harder DIY recipes. some bugs can also be found by hitting rocks, like the pill bug or the centipede, and each day, one rock on your Island will be filled with bells, if you manage to hit the rock eight times, you’ll end up with around 16,000 ACNH bells from that rock alone. if you eat a piece of fruit in Animal Crossing, you’ll be able to dig up fully grown trees. but if you hit a rock while you have a fruit eater, it’ll smash that rock, which will make it difficult to get those specific resources from your Island. along with trees and rocks, the beach is filled with seashells every morning. these are mainly used for selling but are also included in a few DIY recipes if you enjoy the beach theme. keep an eye out on your beaches, because each day you’ll also find a message in a bottle, that’ll have a DIY recipe in it. the game has thousands of Animal Crossing items you can buy and create. so it’s always nice seeing what you unlock, it can change your ideas on how you want to present your Island.

The same is collecting resources every day you’ll find four to six X’s on the ground, these are fossils you could dig up and bring to blathers at your Museum, it’ll assess them and if he doesn’t have them, you could donate them, or you could sell them to the nooks if you already have them on display in your Museum. depending on which fossils you find and which ones you choose to sell, this can be an easy 15,000 bells every day. if you’d rather display your fossils in another spot on the island, just choose to place the item and then act like any other decoration. it’ll be displayed in full, which can make for some cool scenery.

After your Island starts getting a bit of traction, you’ll get some vendors coming in pretty frequently, you could get kicks who sells shoes, Sahara who sells rugs and wallpaper, Label who gives you a fashion challenge and rewards you with free clothes and tickets that can be used to buy more clothes. Gulliver the seagull who always gets washed ashore and you have to help him get back to his crew, and of course, Daisy Mae who sells turnips every Sunday morning. there’s also CJ and Flick, who buy fish and bugs at higher prices, and with added updates, Leif who sells shrubs, and Redd who sells artwork, which is a mini-game in itself, because you have to determine if the art is legit or not. these guys rotate in and out, and from what I’ve seen, are always by themselves, which gives you more incentive to check in on the town to see which vendor is there that day.

If you’re playing at nighttime, check the sky. if it’s clear and full of stars, there’s a good chance you’ll see a meteor shower. if you press A, when a shooting star goes by, your character will make a wish. the next morning when walking around on the beaches, you’ll find star fragments for every wish you’ve made. these can be used in a couple of rare Animal Crossing DIY recipes, and allow you to make the wand tool, which allows you to create some outfits that your character can quickly change into. a good way to tell if there’s going to be a meteor shower is by talking to your villagers. if they mention how the sky is so nice and the weather looks good for a meteor shower, it’s a safe bet you’ll be able to make some wishes that night.

This brings us to our final daily tasks, just as with vendors, when your island becomes more popular, more animals are going to want to come to visit. if you talk to animals camping on your island, you can ask them if they’d like to stay, you can even go on trips to a different Island using an ACNH Nook miles ticket, and try to recruit new villagers to come to your Island. your island only has room for 10 villagers, but there are over 400 available in the game. but don’t worry you don’t have to have the same ones forever. talking to villagers creates an in-game bond with them, the game keeps track of the close friends you make on the island. if you talk enough, you can eventually give them presents and send them letters. this will make them even better friends. sometimes you’ll find a loss item on the ground and have to locate the owner, you might even see two villagers who seem to be annoyed with each other, and have to defuse the situation, this all counts towards villagers seeing you as a great leader and a friend. but if you go days without acknowledging a villager, you’ll notice they seem a little bit out of touch. if you talk to them then, they can say that they’re thinking about leaving, you could either tell them to have a good life or stay on the island. they won’t argue, either way, it’s just a way to keep who you like and ditch who you don’t. and if a friend visits your island and one of your villagers leaves there’s a chance that they can move to your friends Island, so there’s always hope to run into one of your old friends again.