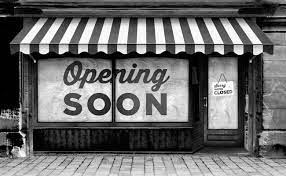 Like the rest of the world, 2020 was not a great year for California. The state witnessed the worst-ever wildfire season, and the global pandemic caused economic turmoil. Despite the difficulties the state encountered last year, it still remains a land of opportunity for many.

California is home to Hollywood, the most influential film industry in the world. The state is also famous for Silicon Valley, home to several tech companies. California offers what everyone in the world desires- high quality of life.

California has the largest GDP in the US, accounting for nearly 15% of the country’s GDP. The restaurant industry is a key driver of the Californian economy. Restaurant and foodservice jobs account for 11% of the total employment in the state, and by 2029, the number is expected to grow by 9%.

If you wish to open a restaurant in California, here are the best locations to choose from:

Los Angeles is perhaps the most popular city in California. It is also one of the greatest food cities in the world. From food trucks to Michelin-star restaurants, Los Angeles has everything that a food enthusiast desires. If you want to satisfy your taste buds, the city has dining options for every palate and every budget.

The best neighborhoods in LA to open a restaurant would be Beverly Grove, Atwater Village, and Culver City. Beverly Grove is a retail district and a booming shopping hub. Located between Glendale and Silver Lake, Atwater Village is one of the most diverse neighborhoods in the city. Culver City is hip and trendy and is budding with art galleries, bars, gyms, and restaurants.

Located in Orange County, Irvine is an affluent city known for its booming job market, family-friendly atmosphere, and beautiful weather. For urban foodies who crave global cuisine, there is no better city than Irvine.

Sacramento is the capital city of California and is well-known for a lot of things, including its delicious food and local produce. If you want to enjoy the freshest vegetables, meats, fruit, and desserts, this is the place to be.

Time magazine had once described Sacramento as the most diverse city in America. You can find a wide range of dining options in the city, from small shops to fine dining restaurants with Michelin aspirations.

If you wish to open a restaurant in Sacramento, you should consider the neighborhoods of North Oak Park, Curtis Park, and Tahoe Park. North Oak Park has several hip boutiques, eateries, and cafes and is a neighborhood well known for its community events. Curtis Park is a fast-growing community and has been named as one of the ten hottest neighborhoods in the country. Tahoe Park is well-known for its family-friendly vibes and is an apt place for opening a family restaurant.

If San Diego makes you think of tacos and burritos, let us tell you, the city has so much more to offer. The city is full of imaginative fusions, authentic cuisines, artisan-creations, and farm-fresh markets. That is probably why Travel & Leisure magazine has called San Diego one of the best American cities for foodies.

The best neighborhoods in San Diego for opening up a restaurant are Little Italy, La Jolla, and Del Mar. Little Italy is a chic neighborhood packed with trendy restaurants, brewpubs, and cocktail bars. La Jolla is a smart seaside neighborhood, home to posh boutiques and waterfront restaurants. Del Mar means by the sea, and the city offers some of the best contemporary cuisines in the country.

San Jose is often called the capital of Silicon Valley and probably has the most vibrant dining scene in the Bay Area. The city is home to dozens of fantastic restaurants, wine bars, and breweries. Think of any global cuisine, and you are sure to find it here.

North of Los Angeles, Bakersfield offers a variety of dining options to satisfy everyone’s taste buds. The city offers an eclectic mix of food options and has the largest number of Basque restaurants in the US. Basque restaurants are those that offer Basque Country cuisine, including fish and meat grilled over hot coals.

California is not called the Golden State for nothing. Whether you are starting a restaurant or any other small business, there are several professional and economical benefits why California is an excellent place for business.

With a large population and consistent, calm weather, the state is perhaps the ideal destination to open a restaurant. Being one of the most populated states in the US means that you have access to one of the largest talent pool of employees, something a new business desperately needs.

Protect your restaurant business with insurance as well. Click here to know more.