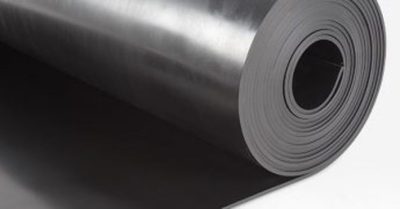 Gaskets are commonly used in the sealing of joints and cracks in liquid pipelines to prevent leakages. They are extensively used in the automotive industry so that fluids don’t escape from gaps between mating surfaces, for example, around fuel or oil filters or radiator cores. They are available in various sizes, shapes, and materials. Each has specific properties suited to a particular application. Neoprene is one of the materials used in gaskets and seals. Gorilla Gasket firm specializes in manufacturing Neoprene gaskets and seals for internal, external, and high-pressure applications.

This post provides detailed information about Neoprene material, its properties, potential applications, and where it can be used.

Neoprene is a synthetic rubber made by polymerization of isoprene. It is chemically similar to natural rubber. However, it does not have the same physical properties. As mentioned below, many industries recognize neoprene gasket material as an excellent sealing material with many beneficial characteristics.

Neoprene is much more elastic than rubber and can withstand changes in temperature and pressure better than other gasket materials. This property makes Neoprene one of the better sealing materials for general purpose applications.

It is resistant to water, most chemicals, and non-polar solvents. As a result, it can easily be used in marine applications, as it is an excellent material for preventing the leakage of coolants. They also provide a good seal in most hydraulic fluids.

They can be bonded to many different materials with different adhesives. They are very popular with gasket manufacturers because they are easy to work with and form a strong bond between mating surfaces when bonded with an adhesive

Neoprene has good thermal stability, essential when working with hot fluids such as oil, gasoline, or diesel. It is also used in high-temperature applications such as aviation gaskets, oil impact seals, and food extrusion equipment.

Neoprene gasket material is available in many different grades and forms. There are four different types of Neoprene:

The material in the centre of the rubber is a closed-cell compound. This type of Neoprene works well in applications that require a very clean bond to the mating surfaces, such as between pipes or caps. Closed Cell Rubber Neoprene offers excellent adhesion and low compression resistance, but it’s costly. Therefore, it is only used when the benefits outweigh the cost.

This type of Neoprene has an open-cell structure. The exact process makes it the closed-cell version, but, as the name suggests, the cells are left open. It also has a higher ability to develop tensile strength at low temperatures, making it a popular choice for industrial settings.

This is a thin layer of Neoprene that creates a flexible but barrier-like seal between two parts. The diaphragm material is designed to be easily cut to size by the assembler, tailor, or fabricator. Diaphragm neoprene is installed in the gaskets between flanges, valves, and pipe connections. It has high flexibility and low compression set for a wide range of uses.

Neoprene gaskets have many benefits that set them apart from other gaskets.

Neoprene has good resistance to both high and low temperatures. Neoprene is great for resisting high heat because it’s highly resistant to melting or decomposition when exposed to heat up to 240°C (464°F). It can also protect against freezing conditions down to -60°C (-76°F).

Since Neoprene has good physical strength, it also provides cushioning and protection to electrical motors and motors operated by air, which can cause damage to non-reinforced metal parts, such as the spools, shafts, flywheels, or other parts subjected to impact or vibration.

Neoprene is more weather and ozone resistant than other gasket materials such as rubber, silicone, and polyurethane. This is because of its resilience against degradation of physical properties caused by oxidation, ultraviolet radiation, and oxidation by water vapour during long periods of atmospheric exposure.

Unlike most petroleum-based materials used for gaskets, Neoprene has a shallow potential for contamination and environmental pollution. It also has very low toxicity for humans and animals.

Neoprene gaskets and seals can be used in many different applications. They are commonly used in:

Neoprene is widely used in the aerospace industry when it is necessary to block out outside contaminants or when gases or fluids must be prevented from leaking into the craft’s interior. They are also used when there is a risk of fire or extreme temperature that can cause damage to other materials, which cannot withstand them.

Neoprene is used to seal oil systems to prevent leakage from pumps, filters, and pipelines. Due to its water-resistant qualities, it can be used in applications where there is a danger of coolants or other liquids leaking into the oil. They can also be used as a gasket for connectors or as the material around the cap to form a tight seal so no fluids can leak out. Therefore, they.

Neoprene is used as a gasket on vehicle suspension systems. When it fills the space between the wheel and the housing, it provides a cushion to absorb shocks and vibrations from the road when the vehicle is in motion, reducing wear on the suspension.

The gap between the two parts can be filled with a suitable material depending on the application. Neoprene gasket is a popular choice of filler. It provides the joint with good compression resistance, meet most performance criteria, and is easy to install.

From the above discussion of the Neoprene gasket, it is clear that there are many benefits of using these gaskets when the application calls for it. It has many features that make it popular in several industries. These include its durability, weather resistance, a wide range of operating conditions, resistance to corrosion, thermal stability, and ability to withstand high pressure. However, these gaskets are not suited for all applications. So, the application requirements should be taken into consideration before using this gasket.