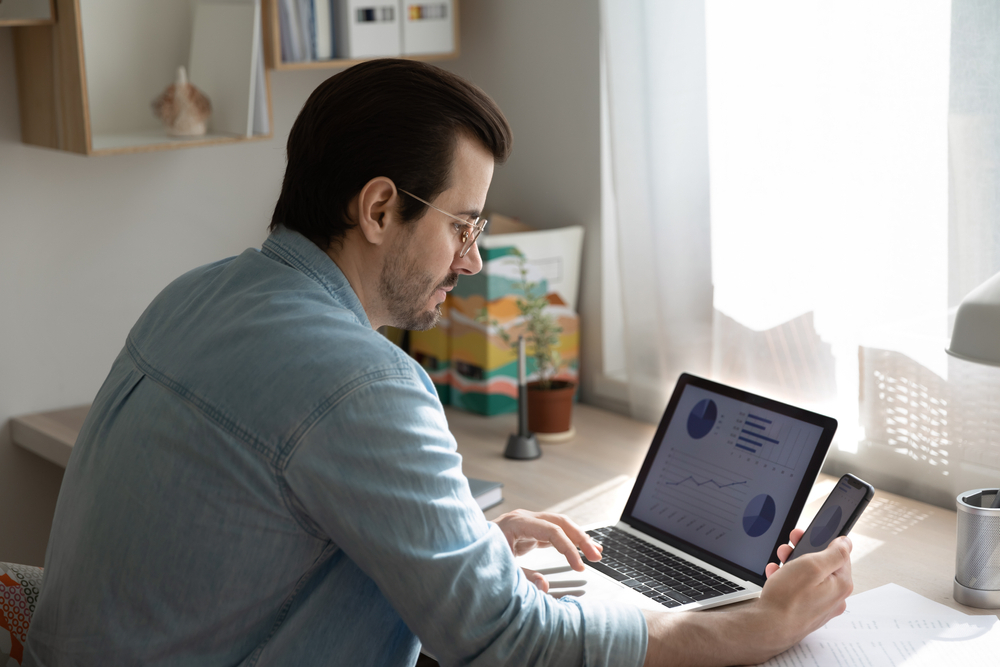 A lot of things have been changed due to technological advancement and modern technology. Now we can’t just remember the day when we haven’t used our smartphone for a whole day. Mobile internet and smart devices are changing the way we live our lives and affect our day to day life.

More than 3.2 billion people are using the internet, about 2 billion noted by developing countries. The global mobile broadband market is extremely dynamic; market penetration has increased 12 times since the end of 2007. The use of mobile data is rising exponentially in the past five years. It’s estimated that by the end of 2021, mobile data will reach twice as voice data.

Mobile and internet usage has increased by 55% in the last few years, and it’s predicted to jump higher in upcoming years. There are around 7 billion mobile cellular telephone subscriptions. The number clearly shows that people who have quick access to mobile internet access the internet from more than one smartphone.

With the increasingly connected world, social, economic, and technology adaptation remains a defining factor for human progress. There is a noticeable rise in the smartphone and internet users; it is found that people in advanced economies will use the internet more and invest more in high-tech gadgets. The rest of the emerging world is catching up with the growing internet and smartphone users.

WARC forecasted that more than 2 billion people currently access the internet through their smartphones; this is equivalent to 51% of the global base of around 3.9 mobile users. Growth in smartphones comes from India, Nigeria, China, Indonesia, and Pakistan. There are approximately 2.4 billion people who don’t have a mobile phone by the end of 2025.

Smartphone & Internet Growth: How Both are Related to Each Other

The Economist magazine published an article describing the changing nature of the business advertising and marketing industry; it’s the current period. It is considered as the most disorienting period in the present time. Traditional marketing and advertising are no longer delivered due to the growing diversity of media and the emergence of modern technology, most notably the internet.

People spend more on-going online shopping, be it entertainment, ordering food through a food ordering app for restaurants, seeking a variety of digital information, and much more right away. They use their smart devices such as mobile phones, computers, and tablets.

Brands are also focusing more on traditional forms of marketing and advertising like prints, television, and many more, which have been displaced. Today more users are connected to the web from anywhere and at any time. It’s primarily the smart device that is responsible for the ubiquitous connectivity.

Pew Research report shows that more than 81% of Americans these days own smart devices. The number is 35% higher than in 2011; it’s trendy among younger and adults. Similarly, about one in five American adults are smartphones as well as internet users.

How Important is the Smartphone & Internet for Users?

More than 96% of Millenials (the group of people aged 18 to 24) accept that smartphones and the internet are essential. Around 93% conclude that it’s quite vital to use deodorant, and approximately 93% said that it is more critical than a toothbrush. Most people prefer to check their mobile device every 6.5 minutes.

Mobile and Internet Traffic is Proliferating: Know How & Why?

Smartphones account for 50% of web traffic globally. In the first quarter of 2019, the mobile phone generates around 48.71% of global website traffic. The number is continuously hovering by the 50% mark since 2017. (Source)

Some regions have wider internet adoption than any other area. Many developing markets are mobile-first, which have leapfrogged desktop internet due to infrastructure and cost restraints. Africa and Asia have a higher share of web traffic than the global average during March 2019, whereas a mobile device has accounted for over 73% of web traffic in Nigeria alone.

Mobile gaming, app downloads, and gaming are only a few best examples of mobile internet activities that require a mobile broadband speed. Moreover, the speed of mobile internet connections is one of the best things; smartphone network coverage is another. During 2018, more than 98% of the European population had mobile broadband, with 2% of the people not having mobile broadband coverage. The MBB coverage gap is almost 47% of the sub-Saharan Africa population, highlighting the disparities in digital access globally.

Numerous factors result in driving up demand for mobile data, and one of them is an increasing number of mobile phone users. In 2017, Cisco reportedly noted that there were around five billion mobile Internet users. The number is expected to increase by 5.7 billion by the end of 2022. The users can also leverage connections, about 12.3 billion in 2022; the number is up from 8.6 billion connections in 2012.

What Users are Doing Using Internet and Smartphones

A lot of people are using the mobile phone and the internet to watch the video. Cisco report shows that more than 59% of all mobile data traffic was video. The number is estimated to grow higher to 79% of all traffic by the end of 2022.

All the connections, particularly for video, will be consumed at an ever-increasing rate of speed. Cisco in 2017 noted that the average mobile data connection speed was around 8.7 Mbps; that figure is set to triple to 28.5 Mbps by the end of 2022. Some of the mobile data connection speed was about 8.7 Mbps; this figure is set to triple and reach about 28.5 Mbps by the end of 2022.

The global mobile traffic approach is in the Zettabyte era; it’s strongly believed that Wi-Fi coexists as complementary and necessary access technologies. It offers the key benefits to an enterprise as well as service providers to extend their business reach. The Mobile and internet era has opened numerous opportunities for people to grab and achieve success in the present market.

The need for smartphones and the internet is increasing. People use their smartphone connection for each and everything starting from ordering food to booking a taxi to shopping for clothes for themselves; a smart device has become their priority to connect with their favorite brand with ease. At the same time, it also has paved businesses to reach a wider audience and increase their business profit in no time.